Very often at our zero-to-hero network automation training we are asked, what is the benefit of Bash? Why do we need to know Bash, if everyone is talking about Bash? The question is absolutely legitimate. One of the interesting and also legitimate answers I’ve just figured the last week.

Do you finally write about network automation?

Everything in your network and IT operational processes can be automated. It is just matter of the resources (time, money, efforts) you spent on that against the gain you are obtaining. Basically, that is something what financial guys and girls call ROI (Return On Investments). The bigger the outcome and the lower the effort, the better the overall automation solution. 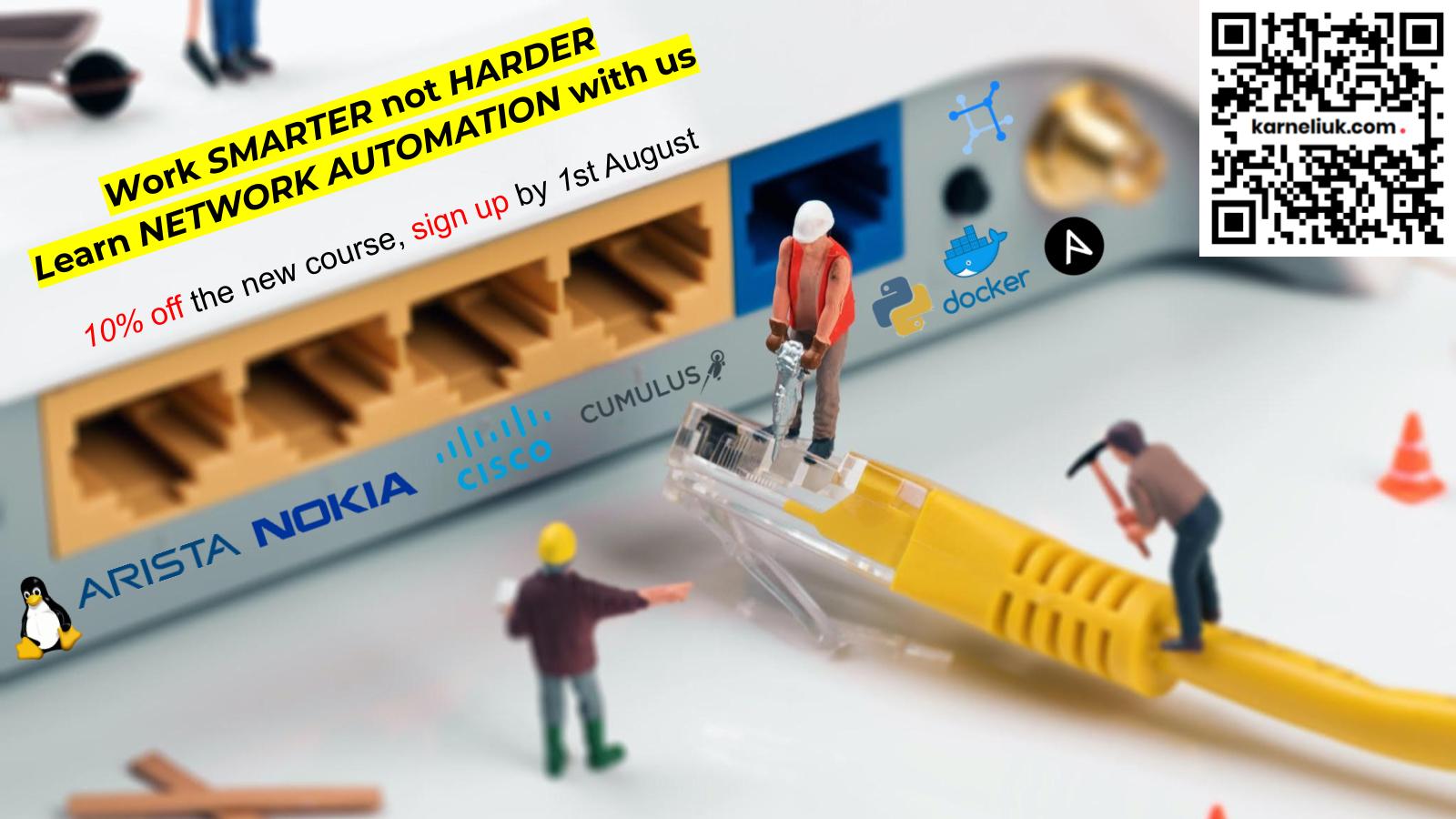 In our automation trainings we explain various use cases and success (and failure) strategies, how to build the (network) automation systems and tools, to make sure your gain is maximum. Our instructors have an extensive experience building such solutions in a high-scale environment of service providers, enterprises, data centre and clouds. Therefore, attending our trainings will give you a real world experience of building (network) automation, which would help you to make your tasks quicker and more efficient. Some students are even taking the examples from our training use them directly, what speaks for the quality of the materials.

So, going back to the original question “Why do I need to know Bash?” Answer to the question is very simple: everywhere, where you have any Linux distribution (or Unix and even MacOS), you can benefit from the Bash directly out of CLI. In fact, the only Linux distribution, which doesn’t have Bash by default from all Linux distributions I’ve seen so far is Alpine Linux. However, we can forgive that for the Linux with size just over 5 MB.

In our zero-to-hero network automation training we teach you how to create applications with Bash and show a lot of real-life use cases.

There are a few common misbeliefs:

None of those misbeliefs is, as you see, accurate. Moreover, if you used Bash even a bit yourself in past few years, you understand how far from the reality those statements are.

The best quote we’ve heard from our students about Bash was: “I’ve studied Bash in depth in Uni, I’ve written my thesis about Bash, I have no clue I can achieve that much what you show me.”

You can think that this statement is overreaction; however, as you are about to see, there are really a lot of use from Bash for troubleshooting Linux. Let’s take a look on two use cases:

The first use case is to measure a packet loss and/or reachability towards a certain hosts. Some time ago we shew an fping and how it could help to verify if hosts are reachable. However, it doesn’t measure a packet loss. After some investigations, we figured out that is possible to run a rapid ping with interval just 0.2 or 0.1 seconds using an ordinary Linux ping:

It looks just 2-4 seconds to send 20 requests and receive the corresponding responses. If there is somewhere a congestion or ARP issues, then you can quickly spot that.

You may think, OK, what’s the point of mentioning Bash then?..

Well, what if you need to do that for multiple hosts. Say, 30 hosts? Also, how to get he output in somewhat easy processable format? Say, CSV? Here is where Bash comes to the stage.

First of all, let’s create our input file with IP addresses we are willing to test. It is created in a simple format: one line per IP address:

Now let’s create Bash script. Also it is worth to outline, we’d like to create a Bash script, which is platform neutral: it means it can work both on Linux and MacOS systems:

The result is collected in the results.csv file:

This data is already easy visually understandable by people; it is simple to parse it with Python or Ansible and also It is collected for a list of IPs in an automated way.

At our zero-to-hero Network Automation Training you will learn a lot more Bash tricks and use cases.

Another good example of Bash is also related to the Linux. Recently we were troubleshooting the Cumulus Linux and needed to quickly solve such a task:

The input format would be the same as in the previous examples:

The Bash script, which you need to run on Cumulus Linux host is very simple:

Again, you could see nice and simple csv table output. The one could say, that it is more preferable to have the JSON or YAML (though it is possible as well); however, for humans per our observations spreadsheets are easier to consume.

At our zero-to-hero network automation training we explain to you how to deal with JSON and YAML data formats in Bash.

You may find this an other examples of automated troubleshooting at our GitHub.

One of the key aspect of developing the multi platform Bash scripts is to thoroughly validate the output format. Often, you might find small discrepancies in the outputs of the same command between MacOS and Linux. As this might affect the ultimate result of your Bash tool, make sure your parse is flexible enough to take this differences in account whilst rendering results.

Bash is very useful tool to have under your belt for automation of any Linux and MacOS activities. And as Linux is conquering the networking space with Cumulus Linux or SONiC operating systems, the adoption of Bash among network and automation engineers will be just growing. Take care and good bye.

Anton KarneliukNetworkingJune 27, 2021
Hello my friend, In the previous blogpost we’ve introduced the Batfish and how to set it up. Today we’ll take …
END_OF_DOCUMENT_TOKEN_TO_BE_REPLACED

Anton KarneliukProject managementSeptember 18, 2016
Hello my friend, Virtual team is a project team that is distributed across the world and which members doesn’t see …
END_OF_DOCUMENT_TOKEN_TO_BE_REPLACED

Anton KarneliukNetworkingMay 11, 2020
Hello my friend, Some time ago we have covered in-depth OpenConfig with NETCONF configuration as well as the OpenConfig telemetry …
END_OF_DOCUMENT_TOKEN_TO_BE_REPLACED 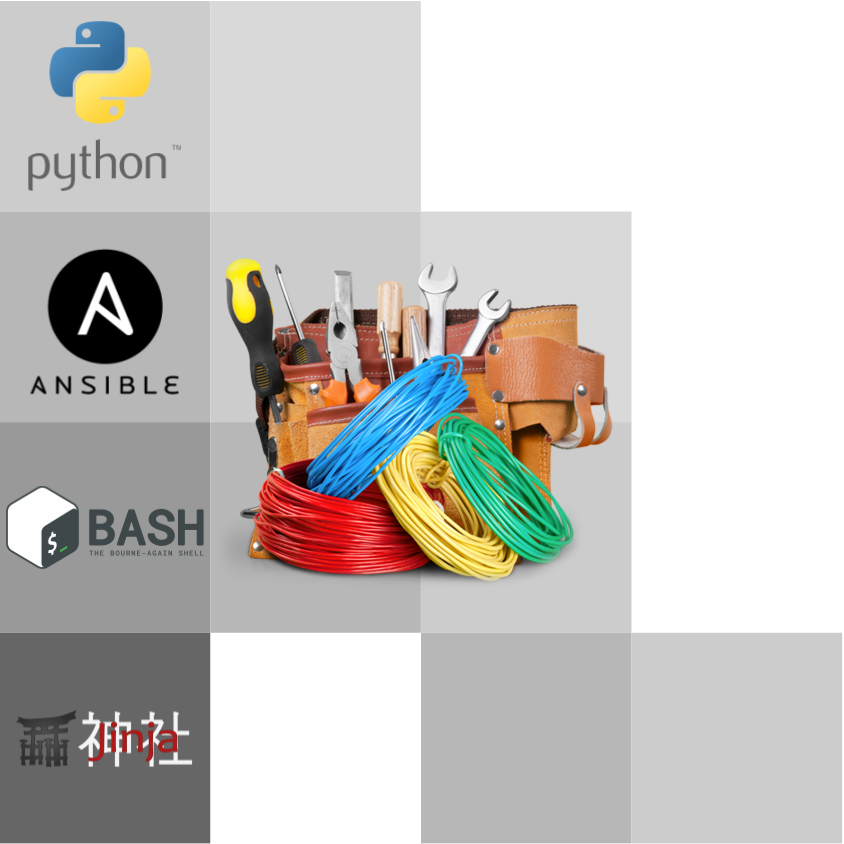